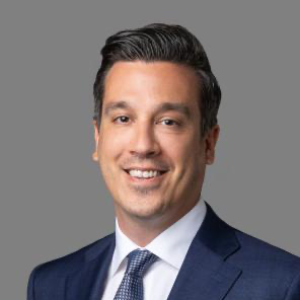 Guy Wall is the Managing Director with Alvarez & Marsal Restructuring practice in Dubai. He brings more than 15 years of experience in insolvency, asset recovery, crisis stabilization, lender support and restructuring.
Mr. Wall has advised on engagements across a broad range of industries, institutions and sectors. Most recently, he served as the sole named liquidator for a multi-award-winning technology platform in the Gulf Corporation Council (GCC), with a presence in Saudi Arabia, Jordan, Pakistan, Sri Lanka and the United Arab Emirates. He led a significant team through a multi-jurisdictional insolvency that alleviated key stakeholder concerns and maximized returns to creditors.

Mr. Wall served as the named Receiver across various funds within the Abraaj collapse on behalf of a major UAE bank, allowing the secured creditor to ensure representation and drive realizable value initiatives from the underlying security. Previously, he coordinated and led the first exit of a Central Bank regulated institution from the UAE. As CEO of the UAE branch of the bank, Mr. Wall led the UAE operations while rightsizing the operational components of the business and ensuring compliance with the UAE Central Bank.

Prior to joining A&M, Mr. Wall built, developed and led the Restructuring department of a global professional services firm in the UAE. Previously, Mr. Wall worked with Deloitte Australia, establishing and managing the first Deloitte Restructuring Services office in the Australian Capital Territory.

Mr. Wall earned a bachelor’s degree in accounting and finance from Charles Sturt University in Australia. He is a member of CPA Australia, INSOL International, the IPA, the R3, and is a Registered Liquidator in the DIFC and ADGM.