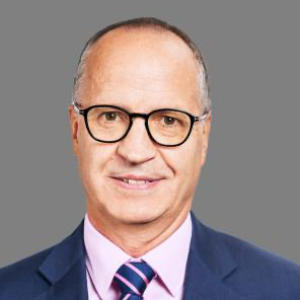 Paul Gilbert is a Managing Director and Co-Head of Alvarez & Marsal in the Middle East. He also leads the Turnaround and Restructuring practice in the region. He brings more than 25 years of experience in turnaround, restructuring and interim management. He has advised on restructurings across a wide range of industries and jurisdictions.
Currently, Mr. Gilbert is working on the complex restructuring of NMC Health and leading the finance workstream. Previously, he led a team advising on the restructuring of South African Airways which had been placed into formal business rescue proceedings, and presented alternative restructuring scenarios to the practitioners, government and lenders.

Prior to that, Mr. Gilbert worked with a large European heavy industry group on turnaround and restructuring options and advised a large international investment group that had liquidity difficulties due to underperformance and shelved sale/IPO processes of portfolio businesses in Europe, Africa and Australia.

Previously, Mr. Gilbert advised Edcon Limited—South Africa’s largest non-food retailer with over 1,500 stores across eight countries. As deputy Chief Restructuring Officer (CRO), he served as a non-executive director during the complex financial restructuring of its €1.6 billion in debt. He also supported the restructuring of Essar Steel India, a large steel plant undergoing restructuring under the new Indian Corporate Resolution Process.

Mr. Gilbert earned a bachelor’s degree in operational research and management (with honours) from the University of Hull. He is a Fellow of the Institute of Chartered Accountants in England and Wales.