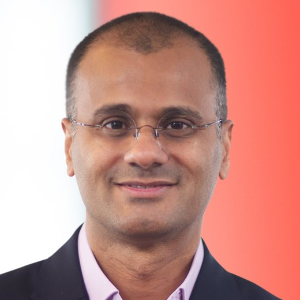 Faisal has more than 5 years of management consulting experience and delivers strategies that work for leading businesses. He also has extensive experience in working with consumer packaged goods (CPG) companies, both as an operator and an advisor.

Faisal spent 5 years in a C-level strategic role for a global FMCG company and subsequently managed a P&L across China, Southeast Asia and the Middle East. During this time, he led the implementation of a new operating model for the group, which included setting up a global leadership team and governance model, hiring key executives and institutionalizing corporate processes. He also led several acquisitions and divestiture across the USA, Europe, the Middle East and Asia and was responsible for conducting due diligences, negotiations and post-closing integrations.

Additionally, Faisal held P&L responsibility for emerging markets and led entry into both China and the Middle East through a joint venture with a leading Middle East food operator, as well as partnerships with leading e-commerce players in China.

Previously, Faisal led the Middle East and Africa consumer products practice of another top consulting firm. In this capacity, he advised multinational and regional consumer products companies, as well as family-owned businesses, on topics such as growth strategy, turnaround, operating model design and performance improvement.

Faisal received his early career training in marketing at Colgate-Palmolive, Philips and Seagram in the United States.

He holds an MBA from Cornell University in the United States.

We're a global consultancy that helps the world’s most ambitious change makers define the future. Across 64 offices in 39 countries, we work alongside our clients as one team with a shared ambition to achieve extraordinary results, outperform the competition and redefine industries. We complement our tailored, integrated expertise with a vibrant ecosystem of digital innovators to deliver better, faster and more enduring outcomes. Our 10-year commitment to invest more than $1 billion in pro bono services brings our talent, expertise and insight to organizations tackling today’s urgent challenges in education, racial equity, social justice, economic development and the environment.