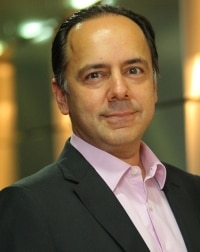 Karim Sarkis is a Partner with Strategy& and the leader of the firm’s Media and Entertainment sector in the Middle East.

He has more than 24 years of experience across media industry and management consulting roles in the Middle East region. He specializes in culture, entertainment, and media sector strategy.

Some of Karim’s recent client assignments include:
- Assisting a GCC ministry of culture in various projects including film infrastructure strategy and public library strategy
- Assisting a government authority in building the film, performing arts, visual arts, music, and literature sectors to fulfill the Vision 2030 strategy in the Kingdom of Saudi Arabia
- Defining options for the exploitation of premium football rights for a Saudi telecom operator
- Participating in defining the media sector strategy for Saudi Arabia in light of the Vision 2030 objectives
- Evaluating the attractiveness of a potential event management business targeting the education sector in the GCC
- Advising on the channel, content, and operating model transformation of a Saudi public broadcaster
- Assessing the feasibility of regional media investments for a U.S. movie studio
- Conducting the feasibility for the launch of a new Arabic entertainment channel targeting Saudi Arabia
- Defining content types, packages, and pricing for an OTT offering across Saudi Arabia, the United Arab Emirates, Bahrain, and Kuwait
- Assessing the requirements for the launch of a GCC-focused channel by an Egyptian broadcaster

Karim’s industry experience includes:
- Full P&L responsibility for nine free-to-air GCC channels and five radio stations including programming strategy, program commissioning, production and marketing
- Launch of an end-to-end 14-channel pay-tv HD network in the GCC, based on family entertainment and premium sports channels
- Development of the digital content and marketing strategy for a factual channel joint venture between a U.S. network and a GCC media entity

Karim joined Strategy& in 2001, leaving in 2004 to pursue a career in the media industry with the Lebanese Broadcasting Corporation and Abu Dhabi Media Company; in 2012 he founded Sync Media, a video content producer. He rejoined the firm in 2018.

He holds a master’s degree in software engineering from Imperial College London in the United Kingdom. He is a Fellow of the Middle East Leadership Initiative and the Aspen Global Leadership Network. 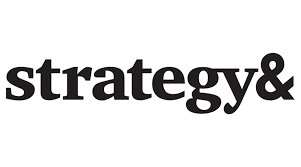 The global market is defined by its complexity and fluidity. To shape your future you need to make bold moves, but, of course, that takes time. And money. And people. That’s where we come in. Strategy& takes a bold and pragmatic approach to strategy. We help you see not only where you need to go, but also the choices you’ll need to make to get there, so you can forge a clear path from today’s potential to tomorrow’s promise. As the only at-scale strategy business that’s part of a global network with deep and broad capabilities expertise, we combine our strategic foresight with the experience of frontline teams across PwC to transform perspective into pragmatism, and ambition into action. The result is a strategy process powerful enough to capture possibilities that have yet to be imagined, while practical enough to ensure effective delivery. It’s the strategy that gets an organization through the changes of today and drives results that redefine tomorrow. It’s the strategy that turns vision into reality.